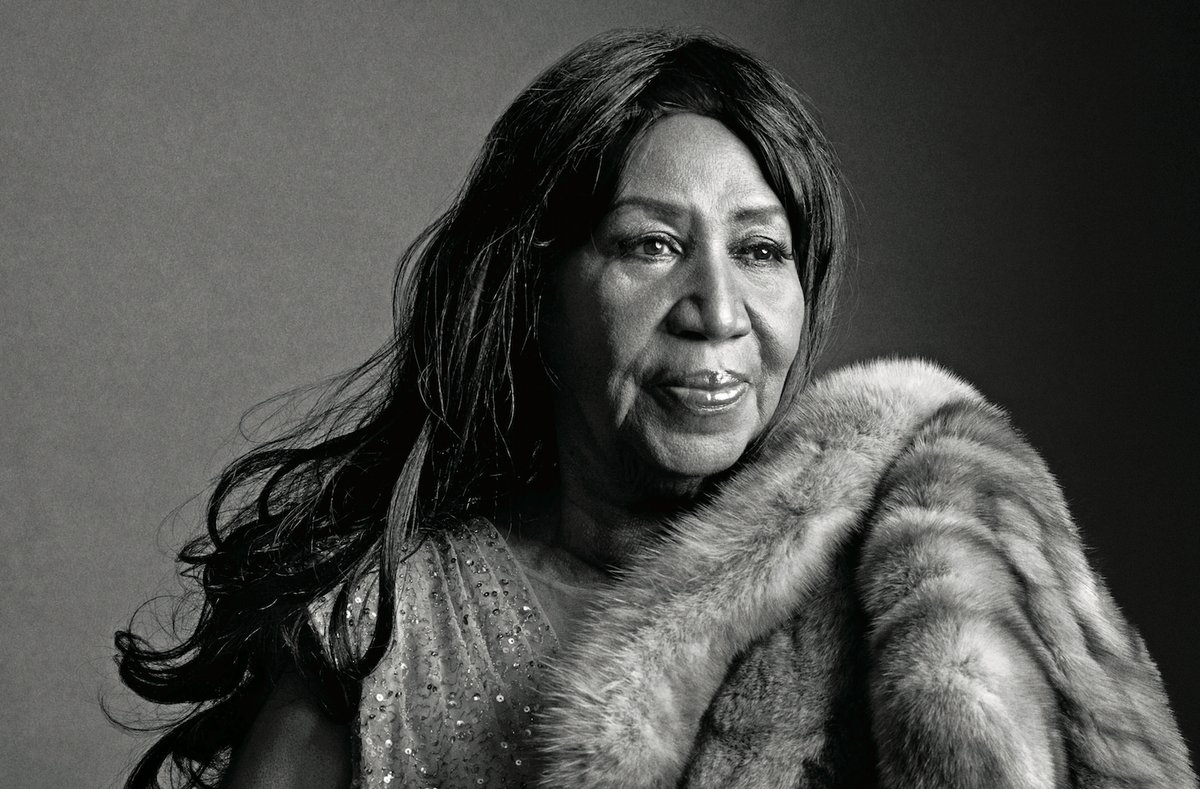 Rest in Power to the Queen of Soul

To our beloved Queen of Soul, Miss Aretha Franklin who passed away Thursday August 16th, 2018

You will be missed, but never forgotten.

Aretha Louise Franklin (March 25, 1942 – August 16, 2018) was an American singer and pianist. She began her career as a child singing gospel at New Bethel Baptist Church in Detroit, Michigan, where her father, C. L. Franklin, was minister. In 1960, at the age of 18, she embarked on a secular career, recording for Columbia Records but achieving only modest success. After signing to Atlantic Records in 1967, Franklin achieved commercial acclaim and success with songs such as "Respect", "Chain of Fools", "Think", "(You Make Me Feel Like) A Natural Woman", "Don't Play That Song (You Lied)", and "Spanish Harlem".

By the end of the 1960s she was being called "The Queen of Soul". Franklin recorded acclaimed albums such as I Never Loved a Man the Way I Love You (1967), Lady Soul (1968), Young, Gifted and Black (1972) and Amazing Grace (1972), before experiencing problems with her record company by the mid-1970s. After her father was shot in 1979, she left Atlantic and signed with Arista Records, finding success with the albums Jump to It (1982) and Who's Zoomin' Who? (1985), and her part in the 1980 film The Blues Brothers. In 1998, Franklin received international acclaim for singing the opera aria "Nessun dorma" at the Grammy Awards that year, replacing Luciano Pavarotti. Later that year, she scored her final Top 40 song with "A Rose Is Still a Rose".

Franklin recorded 112 charted singles on Billboard, including 77 Hot 100 entries, 17 top-ten pop singles, 100 R&B entries and 20 number-one R&B singles, becoming the most charted female artist in the chart's history. Franklin's other well-known hits include "Rock Steady", "Jump to It", "Freeway of Love", "Who's Zoomin' Who", "Until You Come Back to Me (That's What I'm Gonna Do)", "Something He Can Feel", "I Knew You Were Waiting (For Me)" (with George Michael), and a remake of The Rolling Stones song "Jumpin' Jack Flash". She won 18 Grammy Awards, including the first eight awards given for Best Female R&B Vocal Performance, from 1968 through to 1975, and is one of the bestselling musical artists of all time, having sold more than 75 million records worldwide.

Franklin received numerous honors throughout her career, including a 1987 induction into the Rock and Roll Hall of Fame, becoming the first female performer to be inducted. She was inducted to the UK Music Hall of Fame in 2005. In August 2012, she was inducted into the GMA Gospel Music Hall of Fame. Franklin is listed in at least two all-time lists on Rolling Stone magazine, including the 100 Greatest Artists of All Time, and the 100 Greatest Singers of All Time.